Welcome to the romance of the Golden Triangle. Located in this area is the world famous Mahal, the old ghost city of Fatehpur Sikri, and the exotic pink city of Jaipur in Rajasthan. Agra can be visited first, as it is only 200 kilometres south of Delhi, Weep at the beauty of the Taj where love created the world’s most beautiful building, and spend a day wandering around the huge and truly magnificent Red Fort. Here the romantic emperor who built the Taj was imprisoned by his own son, and one can sit in the room where he died looking at his own masterpiece. The road from here leads to Fatehpur Sikri. The glorious Moghul courtyards and palaces conjure up dreams of the mysterious wonders of the past – a golden age of tragedy and love, the harem of beautiful wives enclosed in the women’s quarters, of powerful emperors, of magical prophesies and potent charms.

The state of Madhya Pradesh, are the sculptured temples of Khajuraho where enormous friezes of entwined human figures practise the ‘arts of love’. Nowhere else in the world is mankind’s sensual nature celebrated in such intriguing and graceful tableaux. By now one will understand a tiny part of India, but even this will not prepare the traveller for the exotix fantasy of the State of Rajasthan.

Rajasthan was controlled for thousands of years by a warrior race of honour and valour who would fight to certain death to protect their homeland, and the landscape is dotted with their impressive battle-scarred forts. A proud and beautiful people in their many-coloured garments will extend a warm welcome in this powerful land of kings. Nowadays, anyone can be a king or queen for a while by staying in a fairy-tale palace on one of the beautiful lakes in Udaipur. From here, the ‘Arabian nights’ fantasy can be extended to magical Jaisalmer – a yellow city with every building radiating the colour of the sun. Every dream of’ riding a camel or seeing a tiger stalking in the distance will come to life in glorious Rajasthan.

The ‘eternal’ city of Varanasi is a mass of winding narrow alleys and tiny lanes full of colourful pilgrims, wandering sadhus (holy men), Hindu priests (Brahmins) giving offerings to the gods, sights and sounds all mingling with the aroma of incense wafting from ancient Hindu temples. The Ganges is a sacred and holy river, worshipped by the Hindus. In the clear early morning light pilgrims perform their devotions on the steps leading down to the river, women bathe discreetly in their colorful saris and groups of children, no less colourful with flashing smiles and dark shining eyes, play nearby.It is commonly believed that bathing in the Ganges (Ganga) at certain holy places purifies the soul. Numerous holy towns line the banks og Ganga, all waiting to be explored.. Varanasi, Allahabad, Rishikesh and Hardwar are bustling pilgrimage towns which provide a delightful experience to mingle with the thronging crowd of pilgrims.

The Majesty of the Himalayas

Imagine standing alone in the top of the world with the swirling white clouds beneath you and yet another snowy ridge towering ahead. Journeys can easily be made to silvery Kashmir, cool and beautiful Shimla, or the lush green Kulu Valley, Relax sitting on the balcony of one of the beautiful hotels in the mountains, breathing in the clear mountain air and idly watching the sparkling river cascading down the mountainside. The ancient Moghul emperors, once the greatest dynasty on earth, devoted their entire resources to the task of complementing the natural beauty of Kashmir with gardens and waterways to create a ‘Paradise on Earth’. Later, the British popularised the use of houseboats moored in the tranquil Nagin and Dal lakes. Shimla, is a place designed for complete relaxation, a delightfully situated hill station retreat. Wander down the Mall, to watch a11 the local people doing the same; breathe the pine scented air in the tall and beautiful forests with the sun casting light through the trees on the sparkling brooks. North of Shimla is the beautiful forested Kulu Valley, with its flowing rivers and flower strewn walks, known as the ‘Valley of the Gods’. 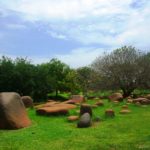