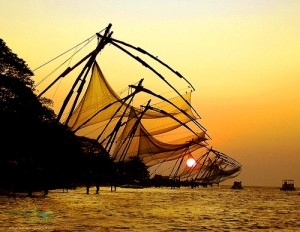 This lovely seaside city is flanked by the Western Ghats on the east and the Arabian Sea on the west. Kochi (colonial name Cochin) is a vibrant city situated on the south-west coast of the Indian peninsula in the breathtakingly scenic and prosperous state of Kerala. Kochi was the centre of Indian spice trade for many centuries, and was known to the Yavanas (Greeks) as well as Romans, Jews, Arabs, and Chinese since ancient times.