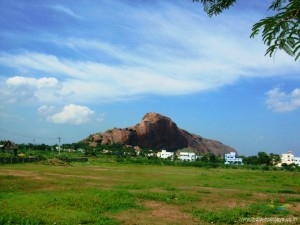 For the visitor wishing to explore southern India extensively, Chennai, the capital of the state of Tamil Nadu, is the most convenient point of entry. Chennai has an international airport, a sea port and a rail and road network that links it to all major towns and cities of the region. It also has several deluxe hotels and others to suit modest budgets. Tamil Nadu is a bastion of Hinduism, whose past endures into the present. Temples with towering spires called gopurams are a common feature of this state, seldom seen anywhere else in the country. Temples in Tamil Nadu were the fulcrum of society and even today art forms that have their origin in religious worship continue to colour daily life. Notable among these are splendid bronzes of deities, painting on glass and Bharatnatyam, an evocative dance form.

Mahabalipuram, Kanchipuram and Thanjavur are good examples of temple towns where within the temple fortifications grew a multi layered society that preached faith and grew from social harmony. Kanchipuram, also called Kanjeevaram, is famous throughout the country as the center where lustrous silk sarees are woven. Likewise Thanjavur is an important center for bronze figure casting. Mahabalipuram, with its wealth of sculptures, is located by the seaside and has excellent resorts.

The towns of Tiruchirapalli and Madurai also contain famous temples.

Quite a contrast to the temple heritage is provided at Pondicherry, for long a French colony. French is still widely spoken, and seaside villas and cobbled streets are more reminiscent of the south of France than the south of India! Yet another facet of this surprisingly diverse state is two hillstations Ootacamund and Kodaikanal. Both are little patches of England, being much loved by the expatriate population of the Raj. Both places provide delightful relaxation during an extended tour of the south, having a wide range of hotel accommodation. The cuisine of Tamil Nadu, more or less totally vegetarian, has become enormously popular all over the country, and few towns do not have at least one eatery serving popular snacks from the state’s extensive repertoire 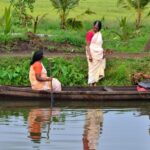