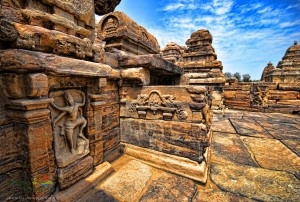 India’s history and culture are ancient, dynamic and spanning back to the beginning of human civilization beginning with a mysterious culture along the Indus River and in farming communities in the southern lands of India. The history of India is one punctuated by constant integration with migrating peoples and with the diverse cultures that surround India.

Placed in the center of Asia, history in India is a crossroads of cultures from China to Europe, and the most significant Asian connection with the cultures of Africa.

Regarded by some historians as the “oldest living civilization on Earth”, the Indian tradition dates back to 8000 BC and has a continuous recorded history for over 2,500 years. It is a land of aspirations, achievements and self reliance. The culture of India is an amalgamation of these diverse sub-cultures spread all over the Indian subcontinent and traditions that are several millennia old.

Over the millennia, the special geographical protective features of the region, has imparted a distinctive and composite flavor to the cultural milieu of this land, resulting into a cultural heritage of diverse dimensions. India presents a picture of unity in diversity to which history provides no parallel.

India is the birth place of Hinduism, Buddhism, Jainism and Sikhism, collectively known as Indian religions. India is one of the most religiously diverse nations in the world, with some of the most deeply religious societies and cultures. Religion still plays a central and definitive role in the life of most of its people.

Rich culture and deep traditions comprises the different aspect of Indian society. The crest of diverse tradition and the symbol of rich ethnicity, Indian society reflect the true colour of India amidst the collage of traditional rituals and mosaics of Indian fiestas.

India has always been famous for its social traditions and hospitality. Living within the embrace of the Indian nation are vast numbers of different regional, social, and economic groups, each with different cultural practices.

Food is an important part of Indian culture, playing a role in everyday life as well as in festivals. Indian cuisine varies from region to region, reflecting the varied demographics of the country. India is known for its love for Food and Spices. The multiple varieties of Indian cuisine are characterized by their sophisticated and subtle use of many Spices and Herbs

The popularity of curry, which originated in India, across Asia has often led to the dish being labeled as the “pan-Asian” dish.

Indian agriculture began by 9000 BC as a result of early cultivation of plants, and domestication of crops and animals. Settled life soon followed with implements and techniques being developed for agriculture. Plants and animals—considered essential to their survival by the Indians—came to be worshiped and venerated.

Indian spices include a variety of spices and herbs grown across the Indian subcontinent (South Asia). With different climates in different parts of the country, India produces a variety of spices, many of which are native to the Subcontinent, while others were imported from similar climates and have since been cultivated locally for centuries.

Spices are typically heated in a pan with ghee or cooking oil before being added to a dish. Lighter spices are added last, and spices with strong flavor should be added first. Curry is not a spice, but a term which refers to any side dish in Indian cuisine. It could be with a gravy base or a dry item. A curry typically contains several spices blended together.

There was continuous evolution of drama, dance, music, painting and folk forms under the different political rules in India that ultimately led to the development of the ‘definite’ Indian element in each of these forms.

Indian drama and theater has a long history alongside its music and dance. One of the oldest surviving theater traditions of the world is the 2,000 year old Kutiyattam of Kerala

Dance in India covers a wide range of dance and dance theatre forms, from the ancient classical or temple dance to folk and modern styles. Eight dance forms, many with narrative forms and mythological elements, have been accorded classical dance status by India’s National Academy of Music, Dance, and Drama. These are: bharatanatyam of the state of Tamil Nadu, kathak of Uttar Pradesh, kathakali and mohiniattam of Kerala, kuchipudi of Andhra Pradesh, manipuri of Manipur, odissi of the state of Odisha and the sattriya of Assam

The earliest Indian paintings were the rock paintings of pre-historic times. It was common for households to paint their doorways or indoor rooms where guests resided.

The first sculptures in India date back to the Indus Valley civilization, where stone and bronze figures have been discovered. Some huge shrines, such as the one at Ellora were not constructed by using blocks but carved out of solid rock.

One of the best known forms of ancient Indian martial arts is the Kalarippayattu from Kerala. This ancient fighting style originated in southern India in 12th century BC and is regarded.