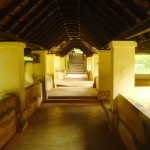 Morning visit Kerala History Museum to see the Art Gallery and to watch the light and sound show on Kerala History.Afternoon visit Hill Palace Museum,the largest Archeological Museum in Kerala housed in the earlier official residence of the Cochin Royal Family, was built in 1865.

Museum of Kerala History:Housed in a circular domed building, the Museum of Kerala History is a sound and light spectacle. It works on a time frame, portraying the history of Kerala from early inhabitants to the modern era. Here one would come 38 life-size tableaux, each backed by multiple visuals, reflecting the cultural and social history of Kerala. This presentation is considered as the first of its kind in India. 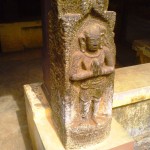 odd sculptures by well known Indian artists, this museum unit is spread over three floors. Some of the noted Indian artists whose works are on display here include that of Ravi Varma, M. F. Hussain, F. N. Souza, Jamini Roy, Kishen Khanna and Nandalal Bose. This museum has among its displayed items a mural painting based on the Classical Sanskrit drama Shakuntalam, done in the traditional Kerala mural style. It is 25 ft. long by 5 ft. wide and is one of the largest in Kerala, noted for its fine attention to details.

Dolls’ Museum:And in the Dolls’ Museum, visitors would be greeted by a wide range of Indian dolls. This museum has a collection of about a hundred and fifty hand-crafted dolls. The dolls represent young men and women, from Gujarat to Nagaland and from Kashmir to Kanyakumari. There are brides and bridegrooms from various Indian states; dance figures representing the rich repertoire of Indian classical dances as well as folk dances in groups.

Centre for Visual Arts:Another interesting part of the museum complex is the Centre for Visual Arts that houses about 500 reproductions of world’s renowned painters like Leonardo da Vinci, Monet, Cezanne, Van Gogh etc. Among the other attractions here are the huge reliefs of ancient India’s sculptural masterpieces like Yakshi of Didarganj, Dwarapalaka (Ajanta) and the Woman and Parrot. 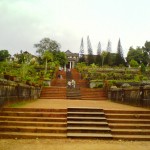 Thripunithura Hill palace Museum, is the largest archaeological museum in Kerala and the erstwhile official residence of the Cochin Royal Family, was built in 1865. The palace complex consists of 49 buildings in the traditional architectural style of Kerala and is surrounded by 52 acres of terraced land with ponds, fountains, garden and lawns. A full fledged ethno archaeological museum and Kerala’s first ever Heritage museum are the main attractions here. Hill Palace is located 16km east of Cochin in Tripunithura, a satellite town of Cochin.
There are an exhibition of over 200 antique pieces of pottery and ceramic vases from Japan and China, Kudakkallu (tomb stone), Thoppikkallu (hood stone), menhirs, granite, laterite memorials, rock-cut weapons from the Stone Age, wooden temple models, plaster cast models of objects from Mohenjodaro and Harappa of the Indus Valley Civilization. The museum also houses a gallery of contemporary art.