Day Trip Through the Muziris Circuit

One day to explore Muziris Circuit 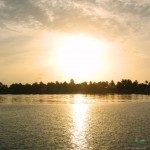 Morning start from Cochin or Cherai Beach to Chendamangalam Ferry which is the best point to start the Muziris trail.Chendamangalam has a historical significance in Muziris trail as one could visit the Mosque,Jewish Synagogue,Krishna Hindu Temple and Holy Cross Catholic Church situated in a radius of 200 meters.This is a remarkable trace of the religious harmony in the olden days in Kerala which is still maintained in a healthy balance in this Muziris circuit.The beginning of Villarvattom Kingdom of the Thomas Christians and the first Catholic Church dates back to 4th Century. Start your walk from the Mosque in Chendamangalam which is remembered as one of the best examples of the tolerant attitude of the local ruler Paliyath Achan.Inspite of a strong Hindu believer,he allowed all other religions to establish in the area.As Chendamangalam was an old port of trading,all traders from various religions started making trade relations to this small trade village.When we pass after the Mosque,we will walk through the Jewish Cemetry where many Jewish believers were buried.Later we will visit Krishna Temple which has a very old history.Then we will reach Holy Cross Catholic Church. The first part is built by Portugese during 16th Century and a new portion is added later.We can see the remains of the ancient scripts of the local language “vattezhuthu” and the church protects two holy relics near to its alter.One relics contains the remnants of Holy Cross of Jesus and the other one is of the relics of 11 Apostles of Jesus except Judas.You will also visit the remnants of the Vaipeenkotta Seminary where the first printing press of Kera 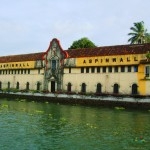 la was situated which was later destroyed during the attack of Tipu Sultan.Finally we walk down to the Jewish Synagogue which has an old history.Though no more Jews are living in the area,we could see the Synagogue with a lot of historic details inside.After this historic walk,we will go for a short canoe cruise through Periyar River which is an amazing experience to see the greenery and clean green waters.By noon we will stop at a village house for a traditional lunch on banana leaf.

Jews all over the world are a proud lot when it comes to their culture and heritage. Resulting from their diaspora in the sixth century BC, they made their presence felt in different parts of the world. They made India too their home, till majority of them returned to Israel after 1948.

Kerala is one place in India, where the Jewish community made its presence felt in a strong manner. Their presence can be still felt in the port city of Kochi, where they are still involved in a variety of business activities. Among the prominent landmarks of the Jewish community in the region is their place of worship called synagogue. There were quite a good number of them in Kochi as well as in Kodungallur, an ancient port city not far away from Kochi.

Besides the popular synagogue at Mattanchery in Kochi, the one at the village of Chennamangalam in North Paravur is one of the biggest, which was built some 175 years ago. The synagogue was recently restored to its original glory thanks to the hard work and effort of the Kerala State Archaeology Department with financial support from Kerala Tourism. It is a protected monument under the state department of archaeology.The synagogue at Chennamangalam reflects traditional Kerala architecture and has utilized western construction technology. Some of the visual attractions of this synagogue are undoubtedly the majestic altar, which stands out for its intricate artwork. The synagogue has a high roof, which at first sight would itself convince one about the difficulties that the craftsmen might have encountered while fixing it. The ceiling of the roof has a brightly coloured chequered pattern, with huge wooden beams giving additional support to the roof. 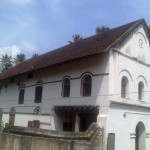 of this synagogue. There is another balcony, meant exclusively for women. A marvelous craftsmanship in wood, a spiral wooden staircase leads to this balcony.Chennamangalam is also an example of religious tolerance and harmonious co-existence, which can be felt by the presence of temple, mosque and church located close to the synagogue.Visitors to the synagogue at Chennamangalam with a penchant for traditional architecture can also pay a visit to the Paliam Palace, which was once the abode of Paliath Achans, who were the Prime Ministers of the erstwhile rulers of Kochi. Historic documents and relics are on display at this palace. Another nearby place of interest is the Vypeenkotta Seminary built by the Portuguese in the 16th century. Only the remains of the seminary are now visible. 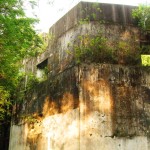 Government of Travancore in 1909.Later we will visit Kottapuram Mar Thoma Church which is built in memory of the visit of St Thomas in Kodungalloor .Later visit the Jewish Synagogue in Parur which is the largest Synagogue in Kerala.Also visit the church in Parur established by St Thomas.Our tour of the day will come to an end by visiting Pallipuram Fort which is the most ancien European building in India which is built in 1503 and considered as a historic relic by the Government of Travancore in 1909.

The short Muziris trail will give you a different picture on the historic thoughts on Kerala where we see a lot of influences during the life of our ancestors which paved ways to a better State later.Its amzing to see inspite of all kinds of invasions and destructions,still Kerala maintains a harmonious way of life and different religions play significant roles in maintaining a harmony within the society and life of Keralites.We could see the emerging of Cochin as the present trade centre due to many invasions in the olden days.